Can’t believe I snoozed on posting this… Not intentional, as this is one of my all-time favorite movies. Top 5, easily. The New Beverly screened the restored and uncensored print Tarantino made back in the late 90s. I remember seeing that at a midnight screening at the Sunset 5 around 1998/99 with Felix from Lifes Halt.

The Beyond is like a nightmare put up on screen. Like a dream it doesn’t always make sense, like the army of spiders (tarantulas, actually) that come out of nowhere when someone falls from a ladder at a bookstore, but this has atmosphere and looks great. Steeped in despair with bits of gore, everyone in this movie is damned, and when you contemplate the ending, it’s pretty grim. On this viewing Emily really stood out for me. When she pleads, “I did what you asked of me” to whatever spirit in the room with her and Dicky, you have to wonder what brought her to that fate in the first place. One of Fulci’s best.

I’m of the opinion that The Hidden is an underseen movie. I saw it when it first played in the theaters, and even then it seemed to float under the radar. Directed by Jack Sholder, of Nightmare on Elm Street II fame, The Hidden is a nice blend of horror,science fiction, and buddy cop movie with Kyle MacLachlan as “FBI agent” Lloyd Gallagher, and Michael Nouri as Tom Beck chasing a body hopping alien across Los Angeles. There’s a couple moments where it delves into cheese, but rights itself at the end with a therapeutic vanquishing of the alien. – M.Avrg

The double bill that had to happen happened! The New Beverly ran this event of dreams for two nights back in January, and Devon and I went on the 17th to see director Kurtis Spieler and Voyag3r spoke about the movie and composing the soundtrack. Both prints were great, and the audience reaction made the whole experience next level. Will anyone be able to top this bill? Remains to to be seen. 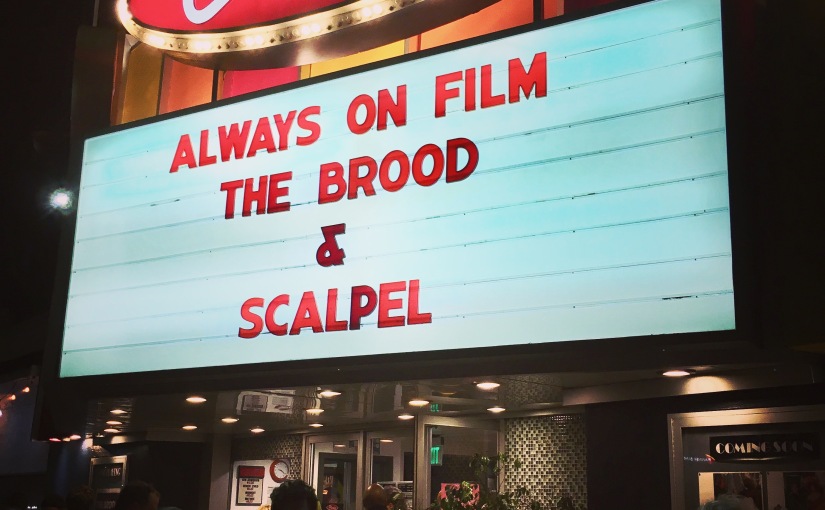 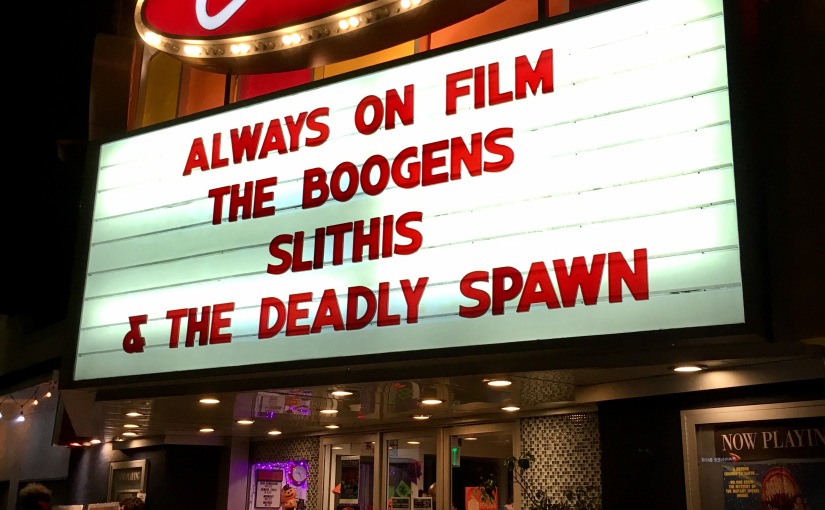 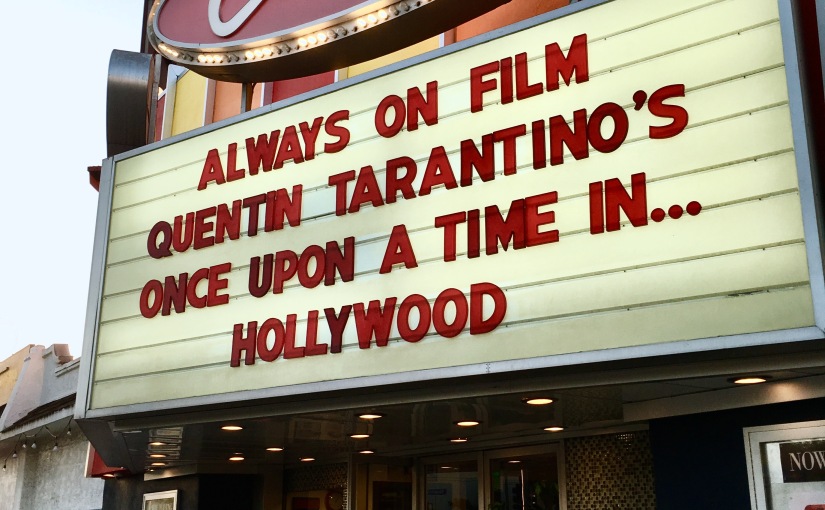 It’s rare, but I do go see a new movie now and then. Once Upon A Time… In Hollywood is not one I’d miss out on seeing in the theatre. Tarantino is one of the few directors today that I think makes movies worth seeing. Even if you don’t like everything he’s done you still talk about those movies. I still remember seeing Reservoir Dogs when it opened at the now long gone Lumiere Theatre in San Francisco. I was blown away, and went back to see it many more times before it left. Sometimes twice in the same day, if it was on a weekend. I even dragged all my friends to see it, and convincing them repeated viewings were worth their time. The acting was great, the dialog was smart, and the soundtrack was perfect. And it was a much needed breath of fresh air in the shitty shitty state of genre cinema at the time.

All the reviews for Once Upon A Time… are out, so you know who’s who and what’s what. I’ll just mention that Brad Pitt is great as Cliff Booth. I’d love to see more about him somewhere down the line. I’d even settle a series of novels about his past, present, and future.

Also, I recommend seeing this at the New Beverly, and it’s playing all through September, so there’s time. Before the movie they play the broadcasts from KHJ that you hear throughout the movie when DiCaprio and Pitt are driving around LA, then you get the trailers that are also shown in the movie, as well some props from the movie on display in the lobby and back of the theatre.

Will I go see this again? Definitely.  (MA)

Excellent double bill last night at the New Beverly. I’ve seen both films before, but never on the big screen, which is obviously how these two films are best seen, especially the excellent cinematography of Philip H. Lathrop in Point Blank. I’m also a Richard Stark (Donald Westlake) fan, and these are two of the best, if not the best, adaptations of his Parker series.

Point Blank is based off the novel The Hunter, and if you haven’t read it yet, I strongly urge you to get a copy of both the novel, and the graphic novel from Darwyn Cooke. In the movie Parker is called Walker, and he’s out to get his money back from Mal, who double crossed him during a robbery that takes place on Alcatraz, shooting Walker and leaving him for dead, running of with his share of the take, as well as his wife. Hellbent on revenge he swims from Alcatraz back to San Francisco, a feat that is considered impossible, but this is Parker, er uh, I mean Walker.

Walker (Lee Marvin) is the epitome of cool in this movie. There’s an undeniable confidence in his mission, how he carries it out, and he always looks great in every scene. It makes me want to start wearing suits. When men get in his way to stop him he remains undeterred, usually answering it’s all about getting his money, no matter what. As he tells Brewster (Carol O’Connor), “Somebody has to pay.”

The Outfit is based off of Stark’s novel of the same name, and Parker is now Earl Macklin (Robert Duvall). Upon being released from prison Macklin finds out his brother was murdered by two mob hit men for robbing a bank that was mob owned. He sets out for revenge, along with his girlfriend Bett Harrow (Karen Black, who is great in this) and  Jack Cody (Joe Don Baker), along the way stopping off to deal with the names that pop up in their search for who is at the top.

Macklin is a straight forward get the job done type. Though you can see he does care about his friends. Bett is the most human of all in this movie, especially when she reaches her breaking point. When she says she’s going home to her daddy, she says it in such a heartfelt way that it makes her real, something more than just a background piece or a prop on a man’s arm as these type of movies tend to portray women.  (MA)