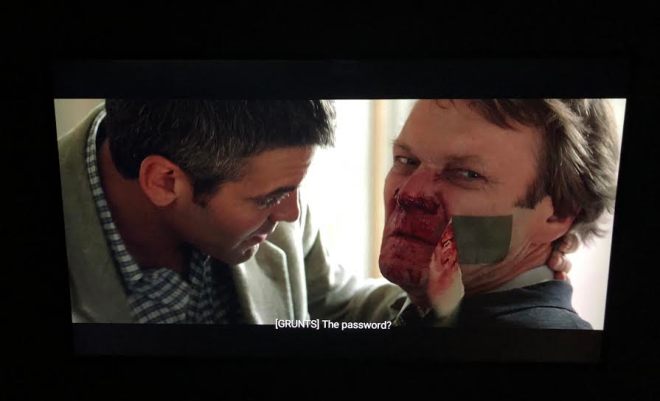 Ok I’m going to start this off by saying that I know I probably shouldn’t like this movie.  I’m pretty embarrassed to admit that I enjoyed this a lot.  As I’ve stated in past reviews I’m a sucker for anything remotely terrorism related.  This is cool because it predates 911.  I hate the fact that I enjoy Clooney.  I want to hate him every time , but the bottom line is that I enjoy almost everything I see him in.  All the Coen bros films, The American, Michael Clayton, Gravity, From Dusk Till Dawn, The Descendants, Syriana, etc.   Also the pro American music through out the movie makes me realize I should prolly wonder why I’m liking and watching it… but you know what?  It beats some dated Nu Metal soundtrack!  It works for the film.

This is basically about a stolen Russian nuke that goes through much adventure, trials and tribulations overseas to finally reach NYC where it needs to be disarmed by Nicole Kidman.  Its a long flick, but there is much killer action and adventure with some awesome bad guys and rad death scenes.  Clooney kicks ass as a tough, take no shit rogue US Army colonel.  Not the kind of film I’d watch most the time, but it worked for me last night.  My wife might have even enjoyed this one.  (NW)