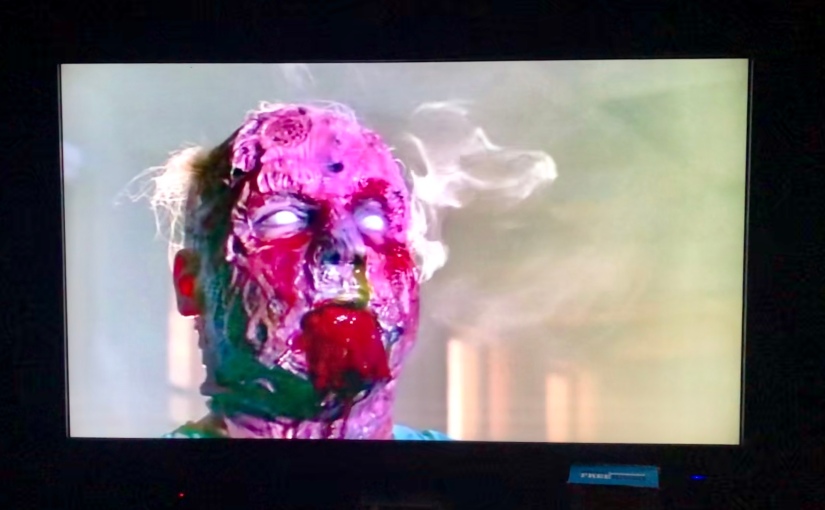 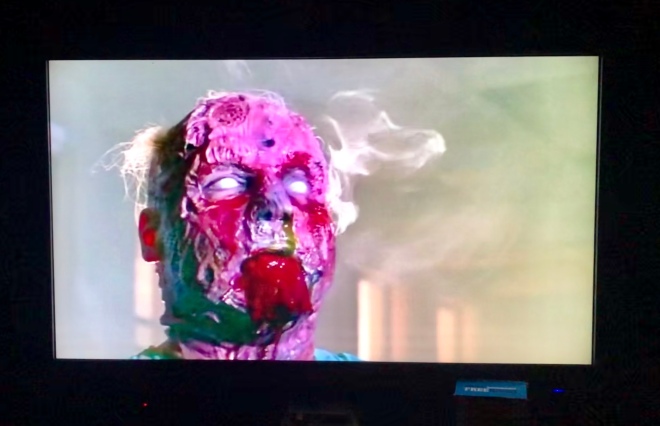 This film is a complete masterpiece.  I can not wait until my daughter is old enough to be able to sit through films like this with her old man.  Pizza and snuggles!

I don’t even know where to begin with this.  The film is Brett Leonards first film as a director and he hits it out of the park.  The story is actually great, and has everything in it…a demented maniac dead doctor, zombies, sexy nurses, crazy people in a mental asylum, explosions, a flood, great music, cool effects, holy water, religion, boobs, blood, and lots of gore.

The story is that of a demented doctor who is doing experiments on mental patients.  One of the other doctors catches him in the act, kills him, and basically seals him in a tomb.  Twenty years later and all hell breaks loose.  The Demented Doc comes back to life and brings all kinds of wrath and revenge with him.  There are so many twists in this story that it blows my mind that everything actually gets resolved or makes some sort of sense. 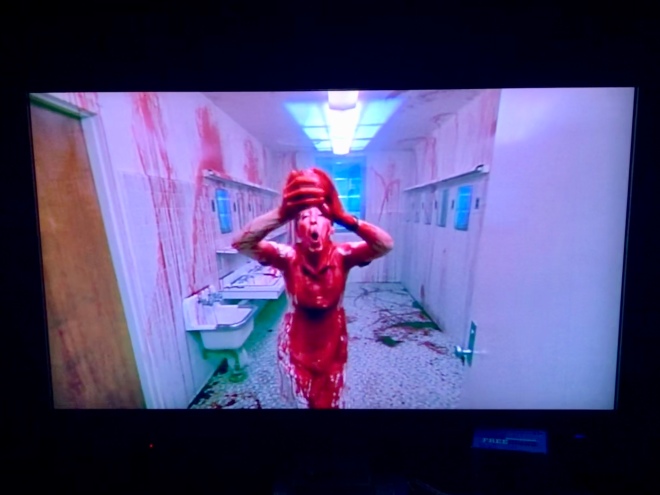 The most noticeable thing about this film to me is how cool the lighting is.  Its super obvious, but looks so cool and works great along with the cool music.  I’d give this one 9 stars out of 10.  This is a real beauty if you’ve never seen it before.  Throw it on… for Christ’s sake, it’s almost Halloween! (NW)