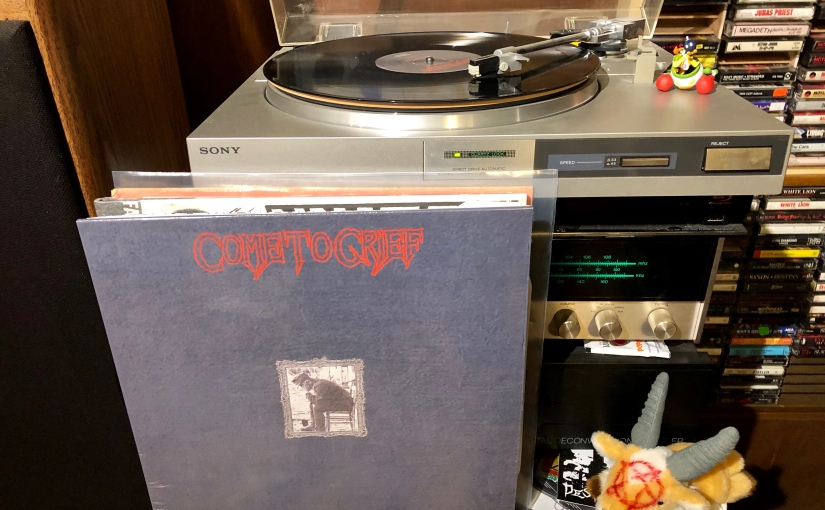 I’ve been following everything Terry Savastano has done since I fell deeply in love with his band Disrupt back in the early 90’s. Disrupt played furiously fast hardcore and I was lucky enough to see them at least 4-5 times. His next band Grief played the opposite of fast and they went on to be one of the innovators of East Coast Doom metal. I once saw them open for Man Is The Bastard and I recall their entire set consisted of one Sabbath song that was slowed down to almost nothingness. I was once again hooked to another Terry band. At any rate if you don’t know… Grief broke up in 2001. Terry got the band back together for a few reunions, but in 2014 with the original drummer on board they started playing gigs under the name Come To Grief (yes it’s a Grief LP title). They just started from scratch and did a new band with new records. It’s exactly what you’d expect if you followed Grief.  Slow, droned out harshness that just drops to the depths of someplace where most people don’t want to be. Me… sometimes I like being there. This is the band’s newest release, and features three beasts that just stay in the heavy lane. It’s perfect for the Covid-19 times we are living in. Terry Savastano for President! (NW) 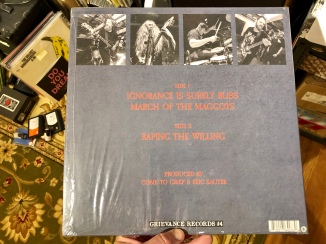 Hit me up on Instagram if you want to send me your release for review at: nate_gloom