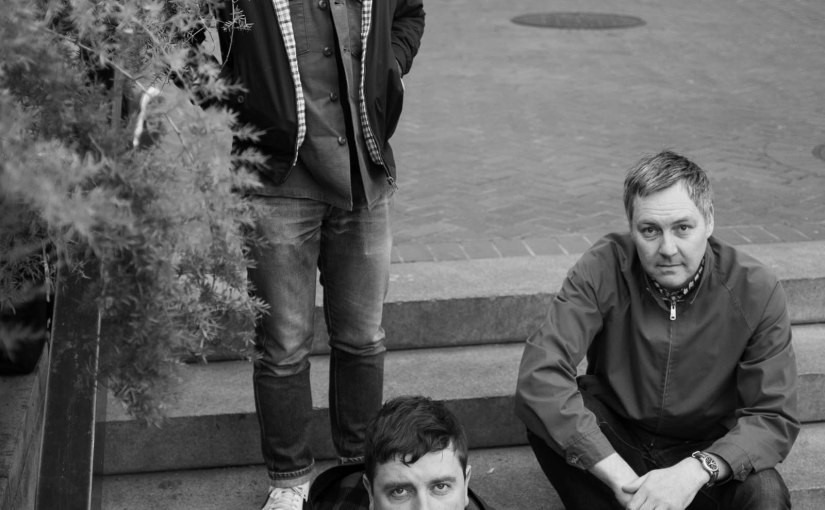 The more I listen to Kebab Disco the more I think it’s a brilliant record, and one that will stand the test of time. The Neutrals (members from Airfix Kits, Terry Malts, Giant Haystacks, Magic Bullets, Razz, and Cocktails) play angular and jangly post punk drawing influences from the usual suspects and deftly manage to not be a knock off fan band. There’s a huge pop element in their sound that elevates them high above the crowd in a genre that can be too po’ faced, and ridiculously dour at times. This pop side emphasizes the herky jerky rhythms, and those herky jerky rhythms emphasize the pop side. I’m in the moment of absorbing these songs as I type up this review. You know how it is. You’re trying to do two things at once, but one is more interesting and appealing than the other. In this instance, it’s the music, and I’m listening while at the same time searching for the combination of words to convince you that this is a record you need run out and get. But songs like “Food Court”, “Swiss”, and “Half Knife” come on and I’m knocked prone because these are great songs, and I prefer to be in the moment listening and wishing it could go on for a couple minutes longer. The rhythm section is the balm to the jagged guitar, but what really stands out for me are the lyrics. Twelve short stories with clever turn of phrase, introspective without being self absorbed, at times nostalgic without being defeated. This album is somewhat of a concept album in the sense that these songs are Allan MacNaughton (vocals, guitar) relaying autobiographical stories about his youth in Scotland to his move to San Francisco on the mid 1990s, reflecting on the changes that come with time and age. The one constant theme is looking for one’s place in the world, whether it’s finding yourself among the structures and codes of youth culture, to the changes a city undergoes to be somewhat unrecognizable in comparison to its more interesting past. There’s an anger and resentment here, but these songs do not descend into the void of despair and defeat. Despite it all there’s this sense of the need to keep on going and carving out one’s niche no matter what else is happening around you.

If I were to keep a list of “the best of 2019” records without a doubt Kebab Disco would make that list, perhaps at the top. Many an evening has been spent listening to this over and over and over, and the songs have run through my minds in the following mornings. You will fully understand when you get this. Go on. (MA)